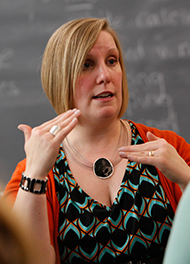 Dr. Betsinger’s research interests include bioarchaeology, paleopathology, skeletal biology, and the effects of gender, social status, and settlement patterns on health and well-being of populations. In particular, she is interested in disease, stress and deprivation, diet, and warfare and trauma. Dr. Betsinger conducts research on medieval and post-medieval populations from Poland and on prehistoric, precontact (culturally unaffiliated) populations from eastern Tennessee.

Currently, Dr. Betsinger is involved in research examining patterns of treponemal disease, oral health, and overall health in prehistoric Tennessee populations (with Dr. Maria O. Smith, Illinois State University). Additionally, she is conducting research (with Amy B. Scott, University of Manitoba, Winnipeg) on health patterns and mortuary practices in a 17th-century Polish population. In particular, she has examined deviant burials, deemed “vampire” burials, from this population in order to understand the cultural context of such unusual burial practices. 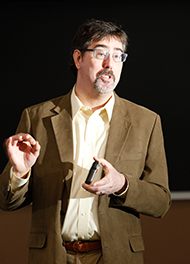 Dr. Haley's teaching and research addresses how ethnic, racial, and national identities form and change; the social and cultural consequences of capitalist agriculture, Mexican immigration, globalization, and tourism; and the application of anthropology to practical issues such as immigration, heritage management, and ethnic relations. He has conducted ethnographic research in rural communities in California recently made multiethnic by Mexican farm worker immigration, ethnohistorical research on the original Spanish colonists of California and their descendants, and ethnohistorical and archaeological research on Navajo and Chumash Native American communities in Arizona and California. Recently, he has also been documenting the varied ways in which anthropology, over the course of its history, has mirrored, sustained, and also undermined the popular distinction between so-called civilized and primitive societies.

Dr. Haley’s newest book, Reimagining the Immigrant: The Accommodation of Mexican Immigrants in Rural America (Palgrave-Macmillan, 2009) examines the coexisting practices of established residents’ discrimination against and accommodation of Mexican immigrants in a small farm town in California, and the ways in which immigrants and established residents reimagine immigrant ethnic identity in a more positive light. He also co-edited and authored a chapter in Imagining Globalization: Language, Identities, and Boundaries (Palgrave-Macmillan, 2009), which gives voice to the peoples and groups impacted by globalization as they seek to negotiate their identities, language use, and territorial boundaries within a larger global context. Dr. Haley’s other major publications address Chumash Traditionalism and neo-Chumash ethnogenesis (the emergence of a new ethnic group), and have sparked considerable debate and discussion on the nature of ethnicity and tradition, and ethics in applied anthropology. (See, e.g., “Anthropology and the making of Chumash tradition,” Current Anthropology 38:761-794, 1997, and “How Spaniards became Chumash, and other tales of ethnogenesis,” American Anthropologist 107:432-445, 2005, both with Larry R. Wilcoxon).

Dr. Sallie Han, Professor, joined our department in Fall 2006. She received her BA in English from Williams College (1992), and her Ph.D. in anthropology from the University of Michigan (2006). She received the SUNY Chancellor's Award for Excellence in Teaching in 2018.

A specialist in the anthropology of reproduction, Dr. Han is the co-editor of The Routledge Handbook of Anthropology and Reproduction (Routledge, 2021) and The Anthropology of the Fetus: Culture, Society, and Biology (Berghahn Books, 2018), and the author of Pregnancy in Practice: Expectation and Experience in the Contemporary United States (Berghahn Books, 2013). Other major areas of interest include gender, kinship, care, and material culture. Her current and recent work includes projects on pregnancy and climate change; the Academic Carework initiative, which examines the challenges of caregiving while pursuing careers in higher education; and the anthropology of clutter.

Dr. Han has served as a Co-Editor of Open Anthropology, the digital journal of the American Anthropological Association (2015-2020) and is a past Chair of the Council on Anthropology and Reproduction (CAR). Dr. Han is a former staff writer for The Daily News in New York. Follow Dr. Han on Twitter @SallieHanAnthro and on academia.edu at oneonta.academia.edu/SallieHan

Dr. Kate McGrath, Assistant Professor, joined our department in Fall 2021. She received her BSc in Anthropology from the College of Charleston (2010), and her MPhil (2015) and PhD (2018) from the Center for the Advanced Study of Human Paleobiology at The George Washington University. Before coming to SUNY Oneonta, Dr. McGrath was a Marie Skłodowska-Curie Actions Postdoctoral Fellow in PACEA (De la Préhistoire à l’Actuel : Culture, Environnement et Anthropologie) at the University of Bordeaux, France (2018-2020), and a President’s Postdoctoral Scholar’s Program Fellow in the Department of Anthropology at The Ohio State University (2020-2021).

Dr. McGrath’s interests include human evolution, primate comparative anatomy and behavior, and methods in biological anthropology. Much of her research has focused on understanding how and why stress indicators manifest in the teeth and facial skeletons of nonhuman primates and fossil hominins. In her dissertation, she developed a method for studying dental defects that occur when events like malnutrition or disease disrupt normal childhood growth. She has since applied the method to great apes, Neanderthals, Plio-Pleistocene hominins, Neolithic and Upper Paleolithic humans, and contemporary people in collaboration with researchers from field sites in East and South Africa, Europe, and the US. Noteworthy publications include “Quantifying linear enamel hypoplasia in wild Virunga mountain gorillas and other great apes” (American Journal of Physical Anthropology, 2018), “Faster growth corresponds with shallower linear hypoplastic defects in great ape canines” (Journal of Human Evolution, 2019), and “3D enamel profilometry reveals faster growth but similar stress severity in Neanderthal vs. Homo sapiens teeth” (Scientific Reports, 2021). She has authored or co-authored nine peer-reviewed publications, co-supervised two Master’s students, and informally mentored two dozen high school, undergraduate, and graduate students. Dr. McGrath has received support from the National Science Foundation, Leakey Foundation, European Union, Smithsonian Institution, College of Charleston, The Ohio State University, and The George Washington University. 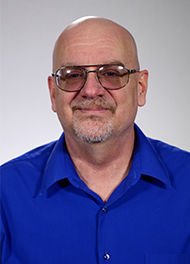 Dr. John H. Relethford (Distinguished Teaching Professor) is a biological anthropologist who received his Ph.D. in anthropology in 1980 from the State University of New York at Albany. Prior to his current position at SUNY Oneonta, he held the position of Post-Doctoral Research Scientist with the Department of Genetics at the Southwest Foundation for Biomedical Research in San Antonio, Texas. He also served as Manager of Injury and Disability Surveillance in the Division of Epidemiology at the New York State Department of Health. In addition, he has served as an adjunct faculty in the Departments of Anthropology and Epidemiology at SUNY at Albany and in the Department of Anthropology at the State University of New York at Binghamton.

Dr. Relethford is a recipient of the Chancellor's Award for Excellence in Teaching (1994-95), and was the inaugural winner of the SUNY-Oneonta Susan Sutton Smith Prize for Academic Excellence in 1995. He was promoted to the rank of Distinguished Teaching Professor, the highest rank in the State University system, in 1998. He was elected a Fellow in the American Association for the Advancement of Science (AAAS) in 2001 for his "“contributions to understanding the origins of the human species, in terms of our contemporary variation, and for distinguished contributions to undergraduate education in biological anthropology.” He has been awarded the 2017 Gabriel Lasker Distinguished Service Award from the American Association of Physical Anthropology (AAPA), which is given “to recognize and honor individuals who have demonstrated a history of excellence in service to the American Association of Physical Anthropologists, its members, and/or the field of physical anthropology.” (AAPA web page)

In addition to teaching introductory biological anthropology, Dr. Relethford also teaches courses on human evolution and anthropological genetics. Dr. Relethford's major interest is in human evolutionary biology, particularly modern human origins, global patterns of human variation, and anthropological genetics. Much of his research has focused on the reconstruction of history from patterns of modern biological variation. His past work has also included studies of migration, quantitative genetics, child growth, and epidemiology. His current work focuses on global patterns of craniometric variation in relationship to the origin and dispersal of modern humans, and the comparison of Neanderthal and modern human crania.

Dr. Relethford has over 190 publications, including 7 books (some in multiple editions), 86 peer-reviewed journal articles, and 29 book/encyclopedia chapters. His introductory text, The Human Species: An Introduction to Biological Anthropology (McGraw-Hill, 2013), is in its ninth edition. He has also written Genetics and the Search for Modern Human Origins (John Wiley & Sons, 2001), and Reflections of Our Past: How Human History is Revealed in Our Genes, which was published in April 2003 (Westview Press), and awarded the 2004 W.W. Howells Book Prize of the Biological Anthropology Section of the American Anthropological Association. He has also written a textbook entitled Human Population Genetics (2012), published by Wiley-Blackwell. He is also a coauthor of the textbook Human Biological Variation, now in its second edition (Oxford University Press, 2011). His most recent book, 50 Great Myths in Human Evolution: Understanding Misconceptions about Our Origins, was published by Wiley-Blackwell in January 2017. The second edition of Reflections of Our Past (with Deborah Bolnick as coauthor) was published in March 2018.

Recent publications include “Biologically normal sleep in the mother-infant dyad.” with Prof. Helen Ball (American Journal of Human Biology. 33(5): 1-14); “Biocultural perspectives on infant sleep” with Prof. Ball, Dr. Cecília Tomori and Prof. James McKenna, which appeared in The Routledge Handbook of Anthropology and Reproduction (Routledge Press); and “Discrepancies in maternal reports of infant sleep vs. actigraphy by mode of feeding” with Prof. Ball and Dr. Lyn Robinson-Smith (Sleep Medicine. 49: 90-98). 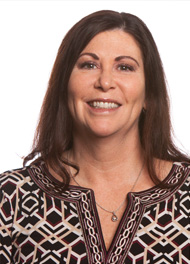 Dr. Whitman's primary research and teaching interests are zooarchaeology, Eastern North American archaeology, PaleoIndian and Archaic period subsistence patterns, prehistoric North American dog domestication, and the archaeology of hunter-gatherers. She has fieldwork experience in North America and Europe and has conducted much of her research at the site of Dust Cave, Alabama.

Recently, Dr. Whitman has been involved in the Eastern Archaic Faunal Working Group to compile zooarchaeological data into the Digital Archaeological Record (tDAR). She works with six other colleagues to import data into tDAR and use it to compare human subsistence adaptations in the eastern United States. Several publications have resulted from this research and a book is in preparation. 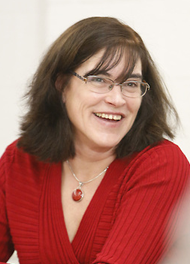 Cynthia Klink is an archaeologist who is currently completing her Ph.D. in Anthropology from the University of California, Santa Barbara, where she also received her MA in anthropology. She earned BA degrees in Anthropology and Geology at the University of Wisconsin, Milwaukee. Cynthia also received interdisciplinary graduate training in archaeology, geology, and paleoenvironmental studies through the Institute for Quaternary Studies at the University of Maine, Orono. Her dissertation research examines the process of human colonization and “settling in” to new landscapes, through the analysis of changing land use patterns during the Preceramic Period (before 3500 BP) in the Lake Titicaca basin, Peru. A major focus is identifying and understanding the temporal development of “place-oriented” adaptations and cultural ties to the natural landscape.

Her primary research and teaching interests including Andean prehistory, lithic (stone tool) technology, human-landscape relations, the archaeology of social identities (especially gender and ethnicity), hunter-gatherers, and North American archaeology. The bulk of her research has been conducted in Peru, but she also has fieldwork experience in multiple areas of the United States.

She is senior author of the highly regarded “A projectile point chronology for the South-Central Andean Highlands” (Cynthia Klink and Mark Aldenderfer, Advances in Titicaca Basin Archaeology – 1, Cotsen Institute, University of California, Los Angeles.). Her examination of Preceramic lithic technological organization at the site of Kasapata and the process of emerging sedentism in the Cusco Valley, Peru will be published this year, also by the Cotsen Institute. Cynthia has just accepted an invitation to become the associated investigator in charge of Peruvian and Bolivian data for the new international direction of the Paleoindian Database of the Americas (PIDBA).

ANTH 252 The Incas and Their Ancestors

Cindi joined our department in the Fall of 2006. She obtained her BS in Sociology from SUNY Oneonta (2013). She is the mother of 3 grown men and has 5 grandchildren. In her spare time, she loves crafting, gardening, riding 4 wheeler, hiking and baking. She also loves to travel, meet people and experience different cultures.