Slater said she loved being in Oneonta and, after an “action-packed day,” found that she had “talked myself hoarse and had an absolute blast doing it!”

"The 57 Bus" is the college's 2021 Common Read book selection. Now in its eighth year, the SUNY Oneonta Common Read advances diversity by encouraging students to examine and better understand topics such as equity, inclusion and personal history through many lenses. It aims to further infuse cultural literacy into our academic program by asking the campus community to read a diversity-related book, which then is discussed in fall courses across several disciplines.

An Oakland-based writer and journalist, Slater has received the Wanda Gag Read-Aloud Award and a Creative Writing Fellowship from the National Endowment for the Arts. Her reporting has appeared in such publications as The New York Times Magazine and Mother Jones.

During her lecture, titled “Confessions of an Ignoramus,” Slater told the audience about her lifelong passion for social justice and efforts to be compassionate toward others, which began early on when she convinced her young classmates to stop using a certain homophobic slur.  “You’re using it as an insult, but being gay isn’t a bad thing,” she recalled saying. The classmates quickly stopped using the word.

Years later, working as a journalist in Oakland, Slater’s moral compass and efforts to resist reductive binaries came into play once again while reporting on the complicated events that she would eventually write about in “The 57 Bus.”

Before ending her talk to answer questions and sign copies of her book, Slater championed curiosity, compassion and complexity and encouraged others to ask questions, listen, and not rush to judgements. 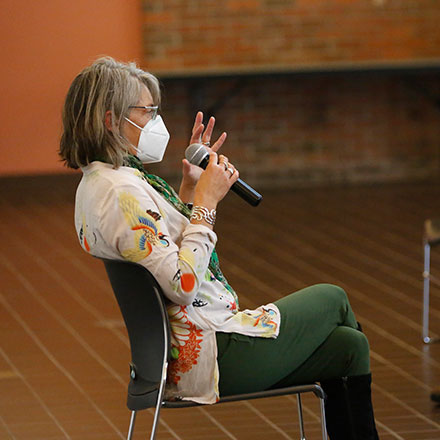 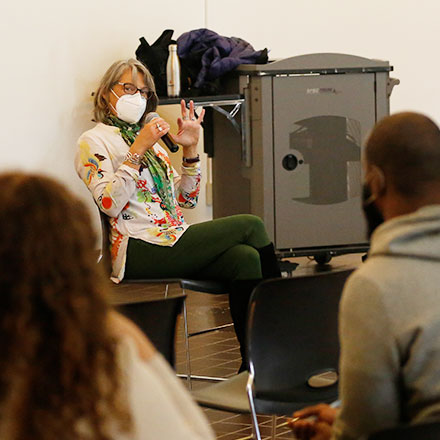 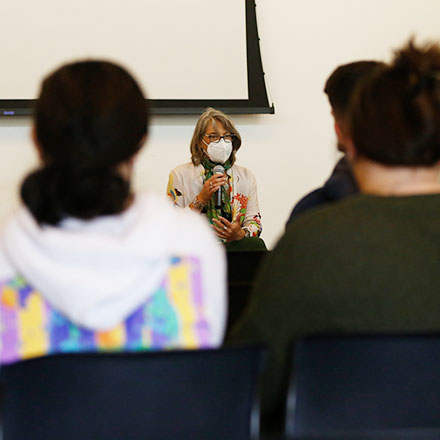 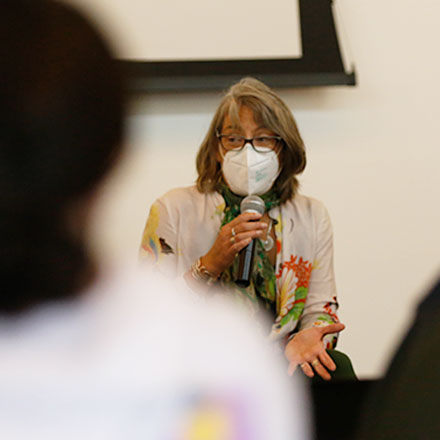 About the Mills Distinguished Lecture

Before giving the Mills Distinguished Lecture inside Alumni Field House on Tuesday night, Slater took note of the past Common Read book selections and remarked on being part of the group of selected authors. “I’m in good company,” she said, smiling.

The Mills Distinguished Lectureship is named to honor the memory of Professor Albert Mills and his wife, Helena. Their bequest to the College at Oneonta Foundation led to the establishment in 1988 of a fund to bring prominent speakers to our campus.