The Political Science Department is proud of the untold number of its alumni who have pursued extremely successful professional careers in all levels and branches of government, law, the corporate world, not-for-profit organizations, and journalism.

Evan received the Alumni of Distinction honor in 2018. While at Oneonta, he was the president of the Student Association, the Political Science Club, and his fraternity. He is an entrepreneur that has spent 15 years developing, launching, and scaling new business ventures in the U.S., Europe, and Africa. He is the principal and founder of Radical Spark, a consultancy that develops, launches, and partners with organizations transforming health care, technology, and environmental science. In 2011, Rakowski founded TripleCare, which he grew to become the largest high-acuity telehealth provider to skilled nursing facilities in the United States. TripleCare enables nursing home residents to be treated at their bedside through telemedicine, avoiding costly and traumatic hospitalizations. Since its founding, TripleCare completed 18,000+ acute patient interventions and kept patients in place 80% of the time, saving over $85 million. Evan gave the keynote address at the Political Science Conference on April 5, 2019. Evan shared his words of wisdom on how to communicate with individuals who may have differing viewpoints and how his experiences at SUNY Oneonta helped him to be a successful businessman.

After returning from three years in Guatemala with the U.S. Peace Corps, Esther Spindler (Class of 2007 and recipient of the department's annual Hoyt Jackson award) graduated with an M.S. in Development Management from the School of International Service (SIS) at American University.  She currently focuses her work on the intersection of international development, health and research in the Americas.  She is currently working as a consultant with a public-private initiative with a factory in Haiti aimed at improving the health services for workers, in addition to conducting monitoring and evaluation (M&E) research for the Education Development Center (EDC) in Washington D.C.  She has also worked on a number of research projects examining the risk of LGBTQ Latino immigrant and African-American youth populations to HIV/AIDS in Washington DC.   Esther will be moving to Brazil in September, where she will be working with local NGOs to improve their access to research for gender and health initiatives.  She ultimately hopes to develop her own research on the state of Brazilian NGOs and their role within South-South development. 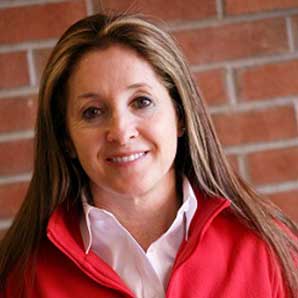 Joan Rolf, originally from Massapequa, Long Island, graduated from SUNY Oneonta in 1976 with a Bachelor of Science Degree in Political Science and received her Master's Degree in International Relations in 1978 from Georgetown University. Joan's professional career took her to the U.S. Department of Commerce where she worked in the Trade Administration in the Electronics Division; she then worked at NASA for six years as Japan Team Lead, Asia Team Lead and Acting Division Director for Science in the Office of International and InterAgency Relations. From NASA, Joan joined the Executive Office of the President in 2006, in the Office of Science and Technology Policy (known as OSTP), where she served as Assistant Director for International Relations. In between her work, Joan lived in Japan and Italy with her husband, a military officer; she also worked in the private sector in the area of technology. 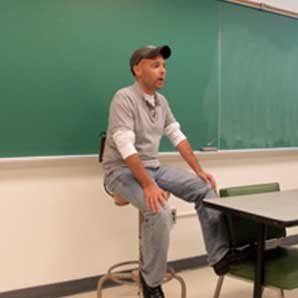 Matt Summers, Class of 2005, returned to campus in early September 2010 to talk to students in Prof. Richard Barberio’s U.S. Congress course about his ongoing experiences as a member of Sen. John Kerry’s staff. Summers, a political science major and alumnus of the Washington Semester internship program, spoke to the class about the politics of life on Capitol Hill and the role of congressional staff. 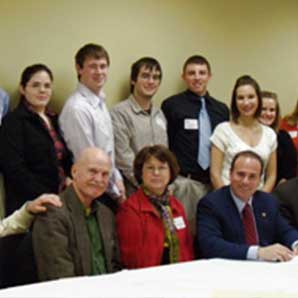 Jay graduated from SUNY Oneonta in 1977 with a degree in Economics and Political Science. He attended Northwestern Law School where he received his law degree three years later. Currently, Jay is Chief Executive Officer of Timberlake Corporation Family of Camps based on Long Island.

While at Oneonta, Jay was very active in politics and served as Student Government President in his senior year. Jay has taken that love of politics forward to this day. He has been active in Democratic Politics for many years, including Chairing the Nassau County Democratic Party. Currently, Jay is Chair of the New York State Democratic Party.

An Invitation to Alumni

"The problem solving, analytical, and writing skills I acquired as a Political Science major at SUNY Oneonta have proved to be invaluable to me in graduate school. The Political Science faculty played a quintessential role in my development, both academically and professionally, by constantly offering encouragement, constructive criticism, and new challenges."
--Jacqueline M. Gombach (‘98) Master of Public Administration, College of William and Mary

"What is exemplary about the SUNY Oneonta Political Science Department is that, in addition to offering a variety of interesting courses, its faculty teaches the analytic skills that are vital to success in any profession."
--Patricio Jimenez (‘91), J.D., Hofstra School of Law

"The Political Science Department at SUNY Oneonta provides a faculty dedicated to its craft, a learning environment that extends beyond the classroom. I came away from the program with valuable research and reading skills and, perhaps most importantly, an enduring love of learning."
--Chris Grill (‘87) Ph.D., SUNY Albany

"If your interest lies in public policy, a Political Science major at SUNY Oneonta can give you the opportunity to excel in this dynamic and ever-changing field."
--Christopher Fish (‘91) Executive Assistant to a U.S. Senator

"The best aspect of Oneonta’s Political Science Department is the individual attention provided by the professors. By the time I completed my B.A., my professors had become more like good friends. This probably helped tremendously when it came time to apply to graduate school. They knew me not just as a student, but as a person. . ." --James Scotland (‘95) Market Analyst, major California commercial real estate brokerage.

"I was continually challenged and encouraged, both by my wonderful professors and interesting courses at SUNY Oneonta."
--Elizabeth Hall (‘90) Legislative Assistant to a member of the U.S. House of Representatives, Washington, D.C.